December 16, 2011 - We are pleased to announce that the component QtitanRibbon version 2.6 has been released. This release contains a fix known bugs and new functionality.

We have added support for Key Tips which are shown in the screenshot below:

In additional this release contains an implementation of the Ribbon Backstage View window. It is very progressive user interface control which you can add to your application to make it more usable: 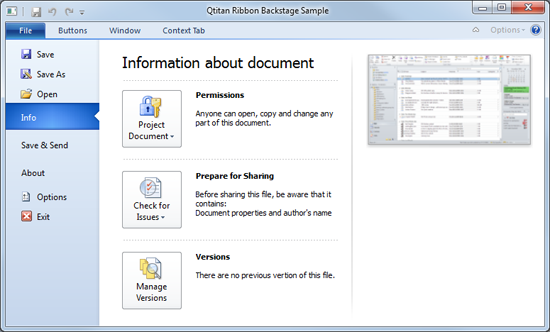