We are glad to inform what new version of QtitanDataGrid 3.3 has been released.
In this version added new feature ProgressBar editor. It's allows to show and edit numeric values in progress bar with spin or dial fields as an editor. Among other things this version fixes all bugs that were registered by our users.
We highly recommend switching to this version, as it's removes a critical issue associated with the damage of memory. 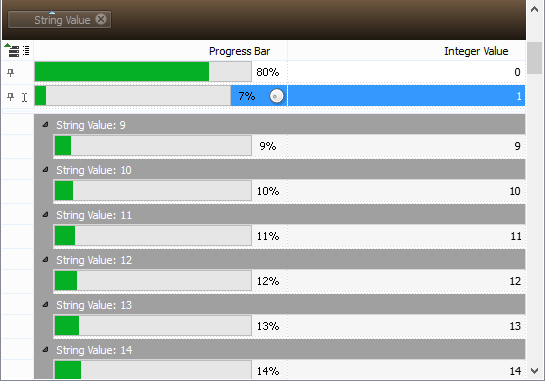