QtitanRibbon is a collection of widgets (control elements) that will help you quickly and easily add a next-gen user interface to your application (see Figure  1). The product is completely based on Qt SDK. 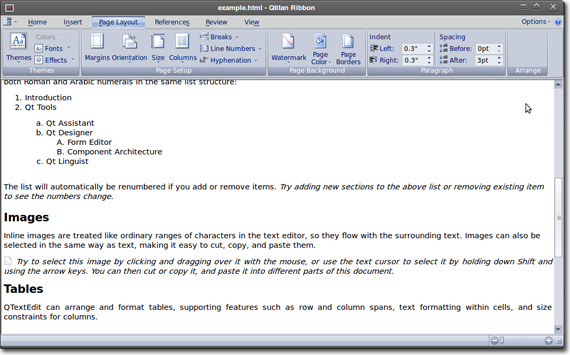 We use several innovative approaches to offer you the best and the most comprehensive UI solution on the market. Some of its most valuable features are:

QtitanRibbon was written in C++ using Qt SDK and supports:

Ribbon is the main element of the user interface and contains several tabs.
The content of each tab is organized into groups (see Figures 2, 3).

Figure 3. Selection of the main tab and activation of the context menu.

Groups allow you to automatically position widgets. Another useful feature of a group is its ability to minimize whenever the ribbon width is changed, yet providing access to all of its features.
(see Figure 4).

Figure 4. Group positioning depending on the ribbon width.

When a group is minimized, the user can access its control elements using a popup window that can be opened by left-clicking on the group (see Figure 5). 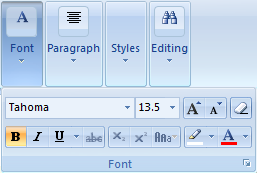 Figure 5. The control elements of a minimized group are accessible.

The button in the top left corner of the ribbon opens the application menu (see Figure 6). 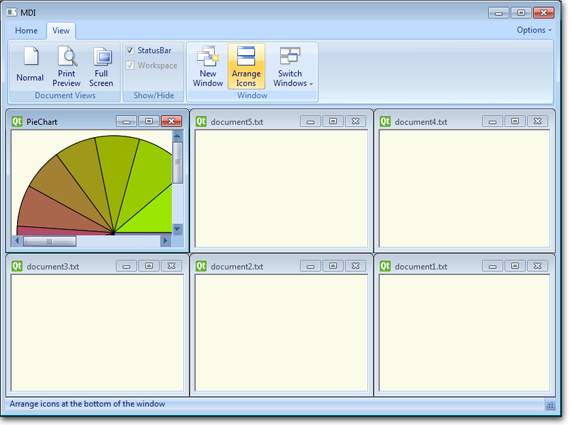 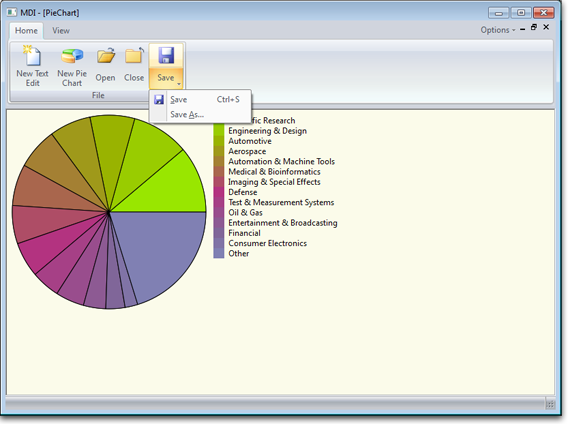 Figure 8. The child window of the application is maximized.

You can also use MDITabs that will allow you to manage child windows. 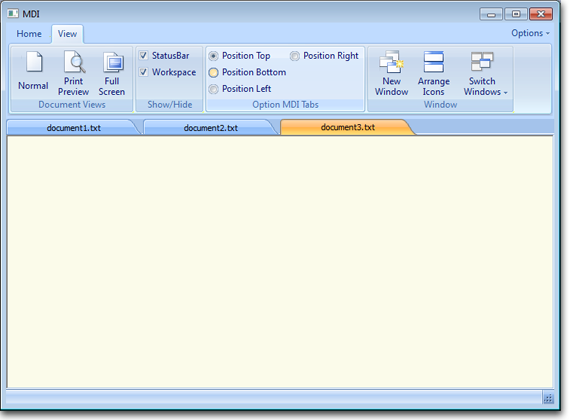 The following style are supported:

You can use the styles listed above in the classic view of the Qt user interface (see Figure 14) so the all Qtitan's styles is inherited from QStyle. 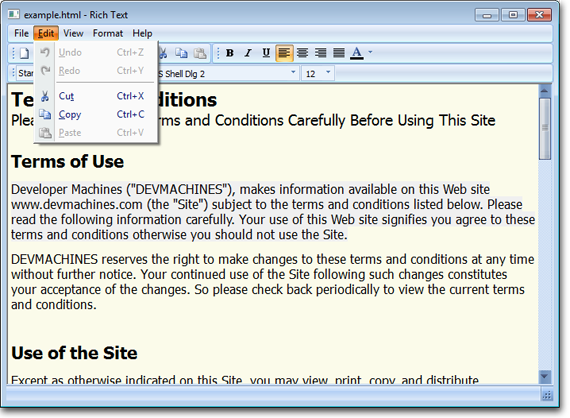 Each control element of Qtitan Ribbon was developed in compliance with the following requirements:

You can preview buttons on the ribbon depending on their size and current state (see Figure 15).

A button with a popup menu enables the user to select a command from the list (see Figure 16).
It also offers the following capabilities:

Figure 16. Possible states of a button with a context menu.

The button has mixed capabilities (see Figure 17, 18). It can work in two modes - as a regular button and a button with a popup menu. The button enables the user to select a command from the menu list and has the following properties:

You can join small buttons into a group (see Figure 19).

Check Box and Radio Button offer the capabilities of a regular QCheckBox and QRadioButton (aee Figure 20):

ComboBox also has all the capabilities of a regular QComboBox (see Figure 21): 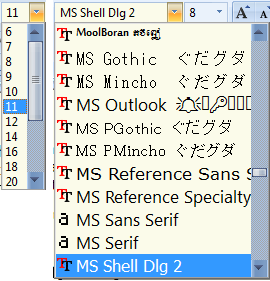 The Slider control element enables the user to change the values within a set range:

Figure 22. Use of the Slider component in a ribbon group.

Figure 23. Use of the slider component in the status bar.

SpinBox allows the user to change its value and has two buttons - increment and decrement. The component offers the following capabilities:

Horizontal and vertical scrolling can be managed according to the currently selected theme and can be used both on a ribbon and on a form.

Although all control elements support their own text, it's still more convenient to use Label in some cases. Capabilities:

The appearance of QTabBar, a regular control element, is defined by the currently selected theme.

The look of the standard status bar (QStatusB?r) also depends on the currently selected theme.
You can also use the following control elements in the status bar: